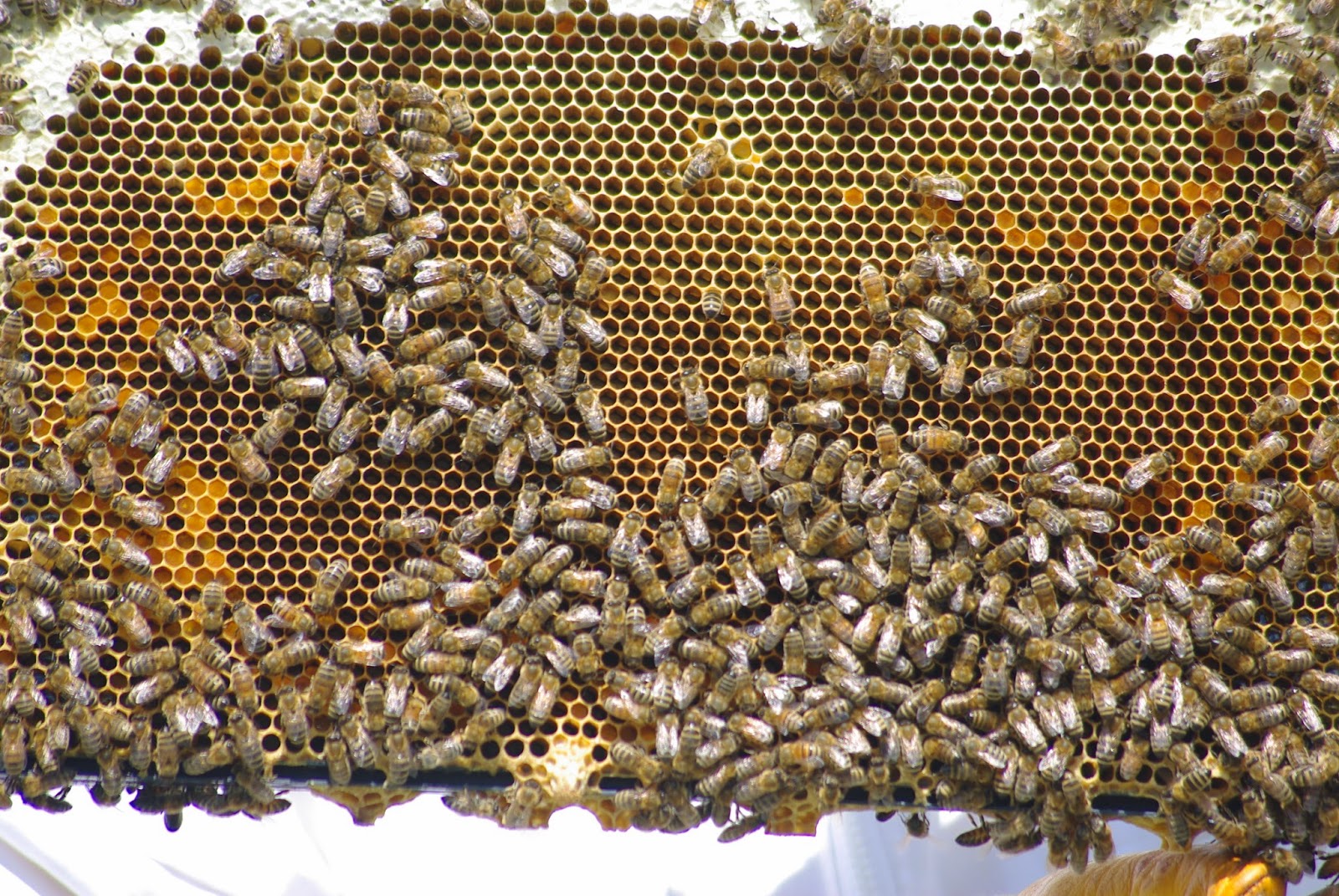 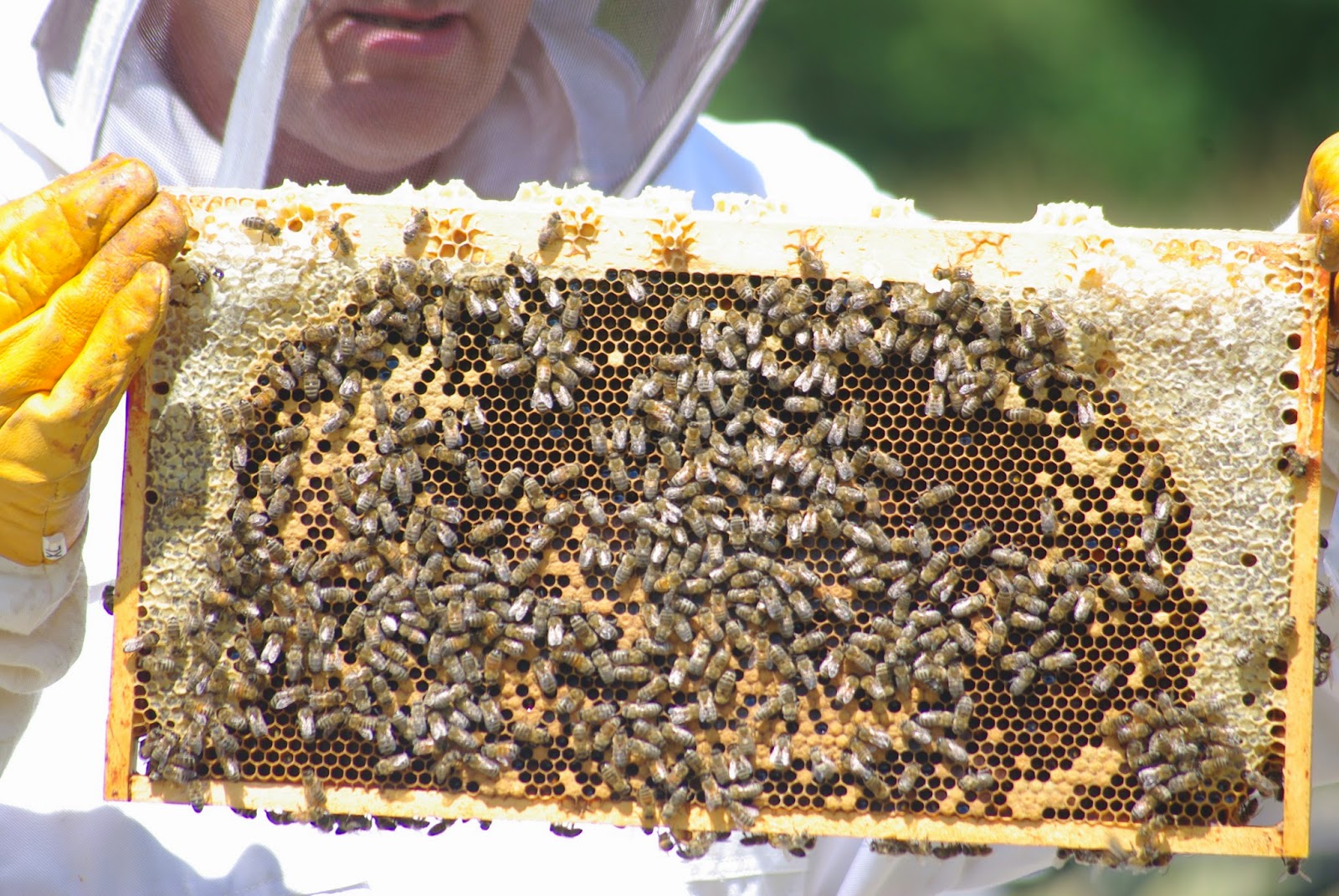 
Posted by The Great Hair Migration at 3:52 PM No comments:


We're late, I know... and have a lot of ground to cover to catch up. Yes, some days we wish we had the same stamina and dedication that our little honeys have. This is to catch up from last week (you'll understand why before you get to the end of this log). We will have more tomorrow on Monday, for this week's romp through the hives. 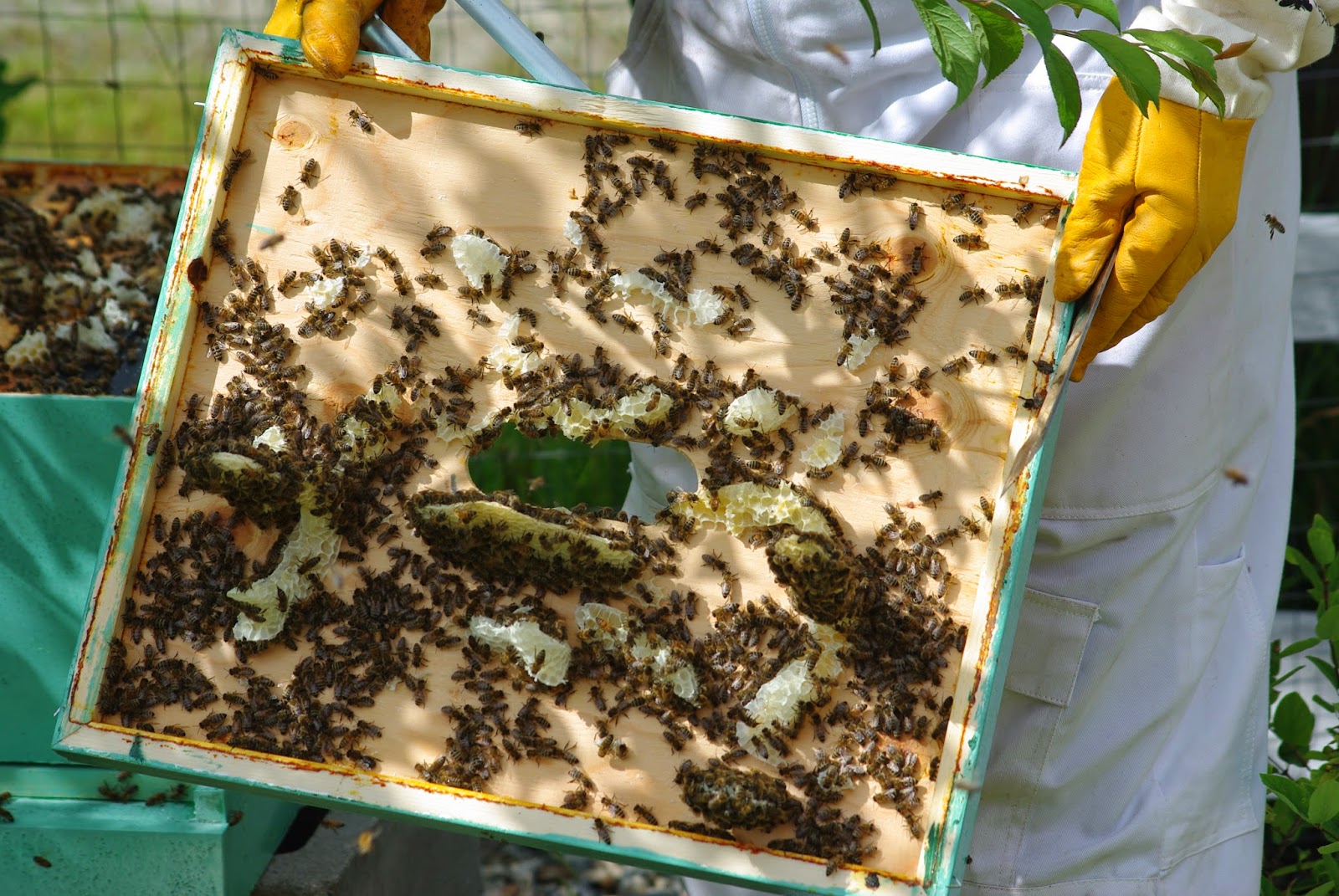 We made the decision about The Dregs. We made three new hives, and took three of the four frames with Queen cells from The Dregs, and created new hives. Considering that we planned on having only 3 hives for the year, we are now a long ways ahead of where we had planned. The Dregs and Pistachio were humming! In The Dregs, they had been capping lots of honey while they waited for one of their 27 Queens to emerge from her cell. Pistachio had been making a massive amount of comb, and was ready for a second box. That said, the bees were a bit.... grumpy (a new epi-pen, a trip to the emergency, and several days in a Benedryl haze attests to their grumpiness... at least where one of us was concerned.) 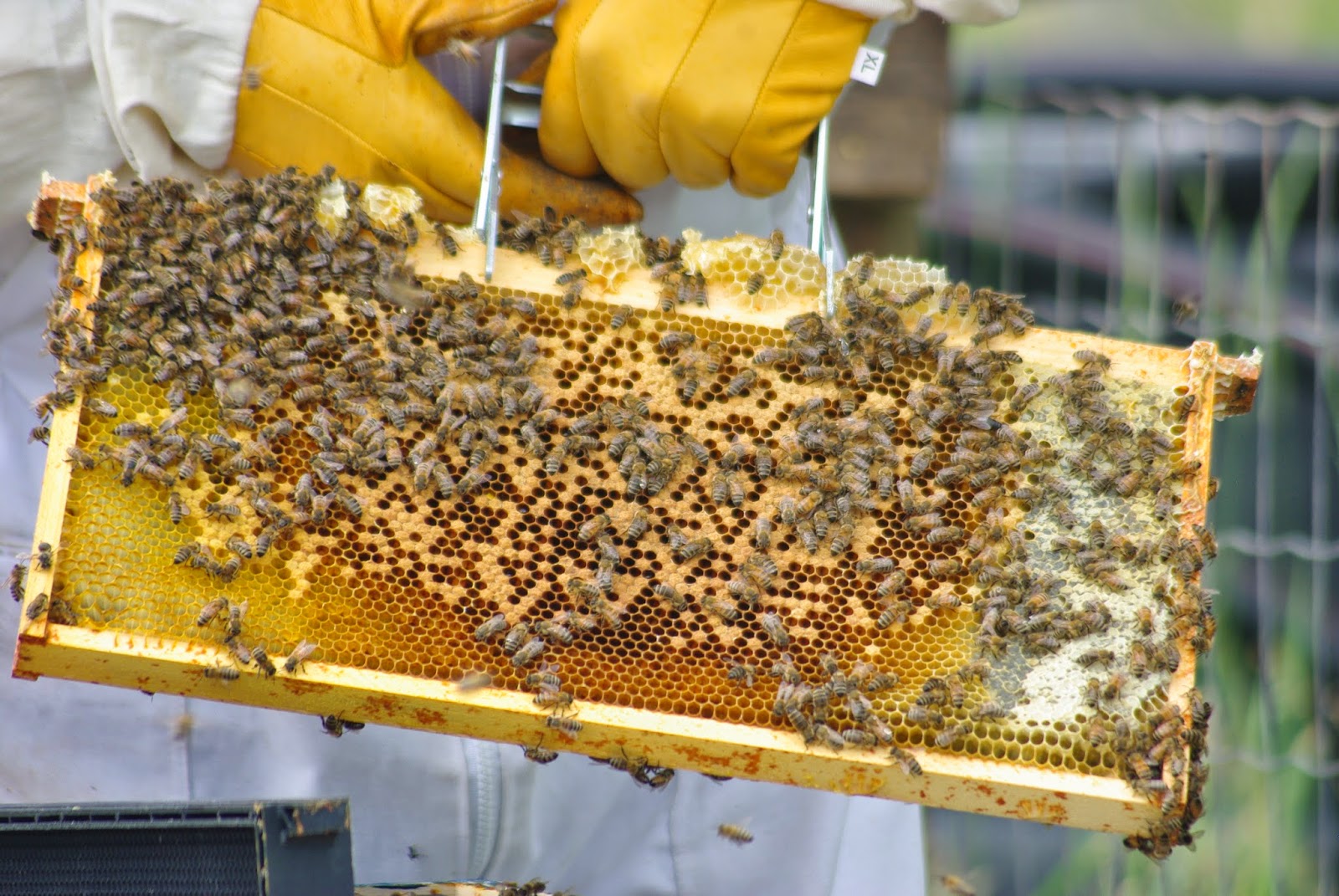 The White Outs seem to be loving their new home. They were busy, but had only started filling in their new frames. The Mellow Yellows had three frames of honey for us! Team Tangerine was very quiet, their new Queen being a bit slow on the uptake, plus it would seem the majority of the bees who made up The Dregs came from TT. The Moody Blues got a second box as well, so they were all pretty happy overall. 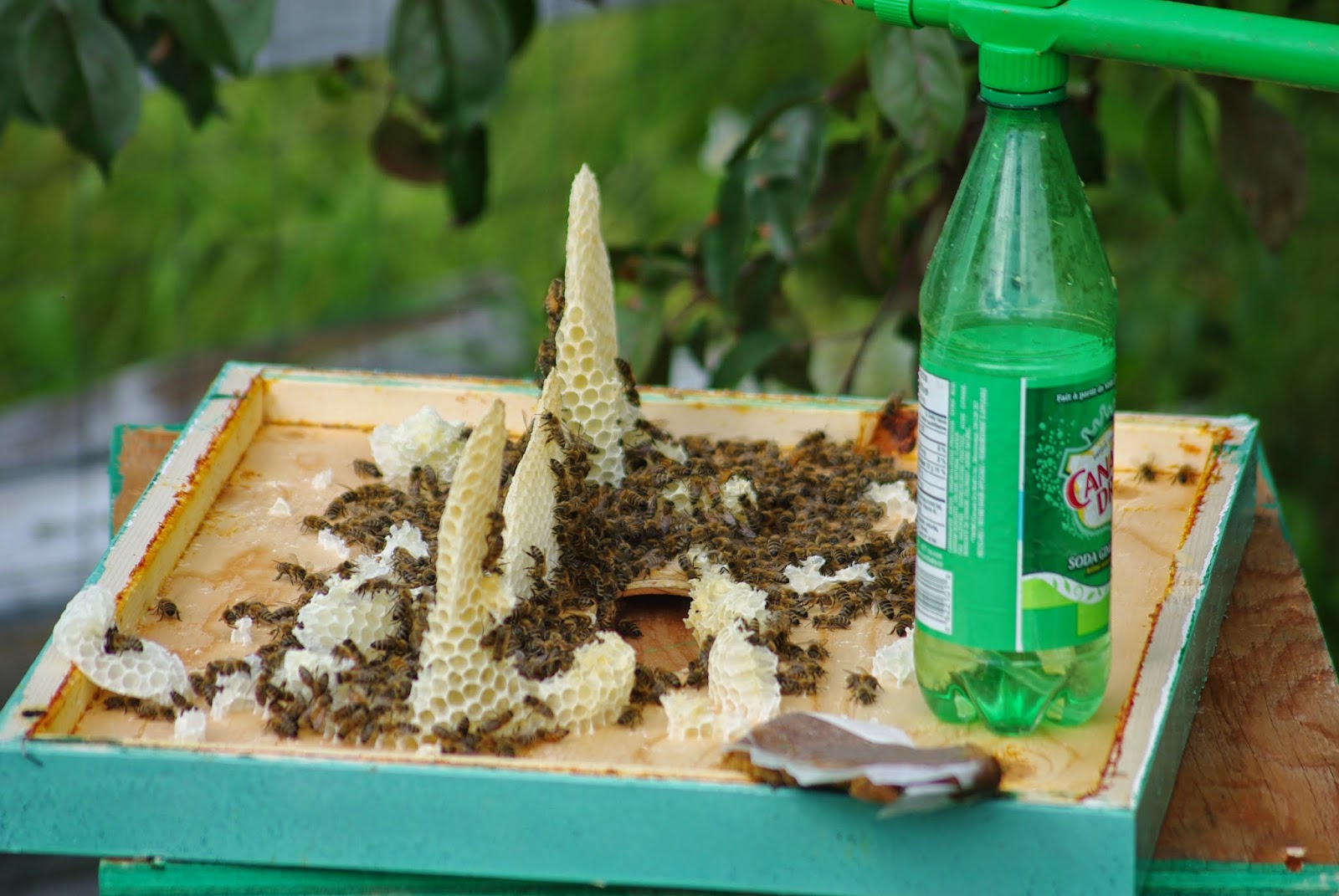 We did discover a mistake we had made, but it was an interesting one, to say the least. We had left out one frame from the Pistachio hive when we took out the feeder. They create honeycomb sculptures to fill in the empty space. Apparently bees, like hoarders, cannot stand empty space. 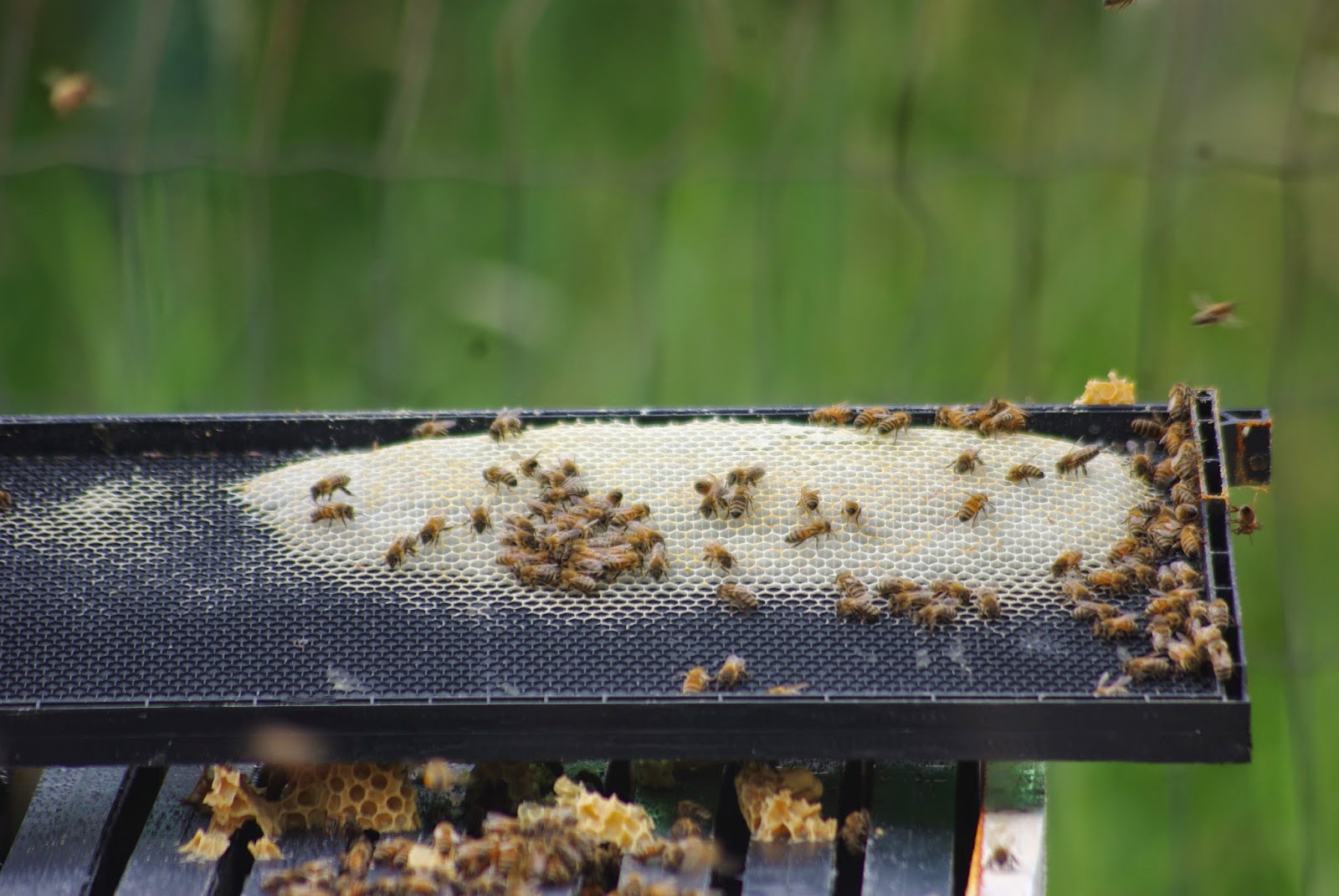 The Gang Greens are the only ones left in the yard (and they will be moving out soon too). They haven been much calmer, although the bees wanted water and decided the swimming pool would be a great place to get it. After rescuing MANY from the pool, we set up a container of water in the apiary for them, but there was one stubborn bee who wanted pool water instead... and resulted in our second sting of the weekend when, while checking the thermometer in the pool, the bee hitched a ride unbeknownst to us, and decided he didn't like hands on his floaty seat.

(Yes, the first sting was to yours truly... the only one without a suit because you can't write and take pictures with the whites, gloves and veil on. He got me in the face.)

HELPFUL HINT -- if you get stung by a bee, remove the stinger right away, then soak the bite in white vinegar. Seriously, it really works. We're learning! (albeit the hard way)
Posted by The Great Hair Migration at 3:49 PM No comments: